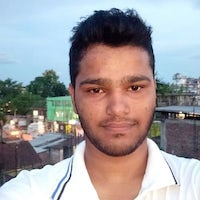 Heroku is a fantastic platform for Node.js developers. It made deployment of Node.js apps super easier. But obviously. it have so many limitations on free-tier, which makes it less ideal for deploying certain kind of projects, like a telegram bot etc.

I was having a pretty similar issue. I needed to host a bot. Initially, it was in Heroku, but due to the fact that every apps on Heroku free tier goes for sleep after inactivity of around 30 minutes. This, generally, is not a problem for websites, but bots won't work. There is always a delay on bot response.

First, I thought I would build my own Heroku-like platform. But it's not really easy. So, I went off with an open-source 'Platform as a Service' software.

Likely, there are many such open-sourced products available. One of them is CapRover.

Nothing much required, really! All you need is:

Once you are done creating a Droplet, it's time to update the system. To do that, you need to access your droplet using SSH. This tutorial would help you do that.

After connecting to droplet via SSH, update and upgrade the system using sudo apt update && sudo apt upgrade. Note that, these commands are for Ubuntu.

We also need a couple of other software in order to get our CapRover server up and running. We will be installing them one by one.

CapRover is built on top of Docker. So, it's an essential essential software. To install docker, checkout the official Docker documentation for Ubuntu.

You may need to add the current user to docker group. To do so, run sudo usermod -aG docker <user_name>. Otherwise, you will get a docker error.

Yeah, these Node thing is everywhere these days :/ But anyways, it should be relatively easier to install. Note that, by default Ubuntu repository have node v8.x.x. We need at least v10.x.x. So to install node v13.x.x via NodeSource:

To confirm that you have Node installed, run node -v from terminal.

It's possible that NPM was installed along with Node.js. You can verify that using npm -v. In case it is not installed, install it from Ubuntu repository using sudo apt install npm.

By default, NPM needs sudo to install global packages, which is not recommended. To change this behavior, change prefix in NPM config. Run npm config set prefix dir_name(replace dir_name with a directory name where you want to have npm packages). You also, need to add dir_name/bin to your PATH variable.

By now, you should have a static IP address assigned to your Digital Ocean droplet. If you have a domain name purchased, you need to point it to your server IP address using A record. For example: you want captain.yourdomain.com as your app host. You need to setup two different a records.

At this point, your server is ready to host CapRover. You may additionally need to allow some ports in order to make CapRover work. You can allow them using ufw command in Ubuntu.

Note that, this command must run in root shell.

Thanks to the devloper of CapRover, it's super easy to install. All we need is to run one command, sit back and watch it installing.

Once the CapRover installation is done, visit cap.domainname.com:3000 to verify if CapRover is working. We also need to install CapRover CLI in order to manage deployment, sertup server etc. To install CapRover from NPM, run npm i -g caprover. Once installed, run caprover serversetup, and follow the interactive command prompt.

At this point, you have a CapRover instance running successfully. Check this guide for various deployment methods.

Before deploying a project, make sure to create an app using the Web GUI. Otherwise, you won't be able to deploy.

For more information about CapRover and it's configurations, check out its official docs.

The only downside I could think of is, I have to look after the server. This is won't be a big deal, thanks to AWS ❤️